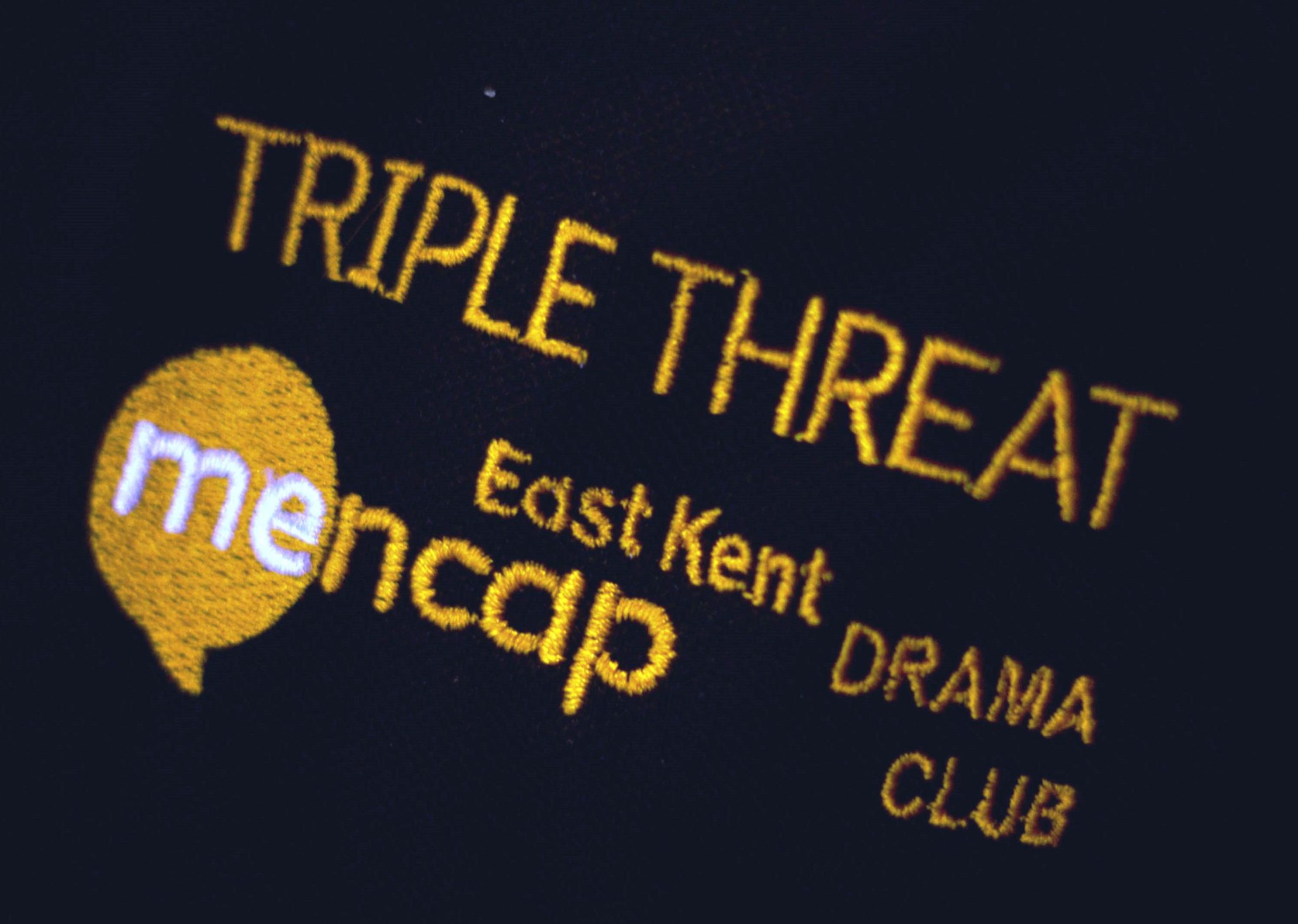 East Kent Mencap’s Drama Club, Triple Threat would like to say a big thank-you to everyone who supported their Variety Show on May 21 at The Centre in Birchington.

“Members of East Kent Mencap’s Drama Group: ‘Triple Threat’ are all adults with learning disabilities who enjoy acting, dancing and singing. Their annual May Show is always popular with their friends and families but this year, thanks to support from the Voluntary Arts week, they performed for the first time on a professional stage.

“The Show was entitled ‘Musicals through the Decades’ and the group sang, danced, waved flags and entertained the audience with songs from musicals, such as Hairspray, Oliver and Grease.  The show took place in Birchington, Kent on Thursday 21 May to a packed auditorium of 120 friends, family and supporters.

The Drama Club meets every week and the performers chose their favourite songs to perform, worked on the choreography and helped design the set.

“Some of the group were natural performers whilst others were quite reserved to start with but on the day of the show, following weeks of rehearsals, the enjoyment of all the players shone through.

“The guys were brilliant and it was amazing to see the reaction of the audience who cheered, waved and sang along.  It made such a difference performing on a proper stage with curtains, even though it was quite scary to be in such a big space and look down on rows of people in the audience. It really raised our game and everyone agreed it was our best show ever!”

“Before the show started we were nervous, but once we were on stage I really enjoyed it.  Afterwards I was relieved it was over but felt very happy that the show had gone well.  Lots of our friends and family came to watch us”

£390 was raised on the day towards future events for the group.

EKM would also like to thank volunteers from Lloyds Bank, Birchington and the KM Community Treasure Chest for their support of the event. 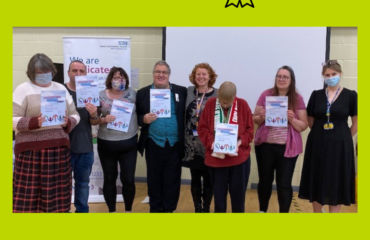 Our Easy Read Group Have Won an Award! 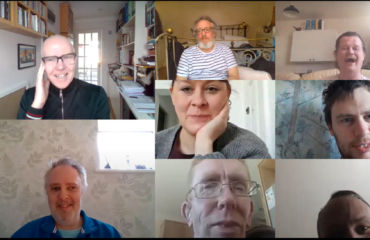